Home DVDsMusic/ConcertsThe Rolling Stones documentary Cocksucker Blues on DVD
Are you an Amazon customer? Pay now with address and payment details stored in your Amazon account.

There is hardly such thing as an underground movie anymore — except, perhaps, for the ones that have to go underground because they aren’t allowed to be shown. The rough, grainy, outlaw king of those is “C—sucker Blues.” Not because you can never see it, but because on the rare occasions when you can, it has acquired the aura of an unholy testament: the ultimate down and dirty peek behind the curtain of 1970s rock & roll excess. It’s the time capsule that keeps on giving because it’s still semi-buried.

It was the movie the Stones had asked for, but it was also more than they bargained for from their 1972 tour — more squalor and sleaze, more drugs and nudity, more scuzzy backstage reality, more trouble.

The film was shot cinéma vérité, with several cameras available for anyone in the entourage to pick up and start shooting. This allowed the film's audience to witness backstage parties, drug use (Mick Taylor is shown smoking marijuana with some roadies and Mick Jagger is seen snorting cocaine backstage), roadie and groupie antics, and the Stones with their defenses down. One scene includes a groupie in a hotel room injecting heroin.

THe Beatles In Concert Rarities dvd

Elvis And Me made for TV movie... 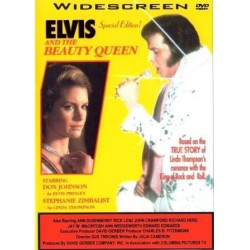 Elvis and the Beauty Queen...

SUPERMAN THE MUSICAL ON DVD -...

Britney Spears Oops I Did It...

BBC The Story Of Michael Jackson...

Voyage of the Rock Aliens on DVD