Home Autographed itemsSIGNED Blacula 8 x 10 photo by William Marshall
Are you an Amazon customer? Pay now with address and payment details stored in your Amazon account.

The Black Prince of Darkness

Blacula (1980s). Very Fine/Near Mint. Autographed Reproduction Photo (8" X 10"). Blaxploitation.The photo is signed by William Marshall the star of the movie. Black and white, single weight, glossy finish. Starring William Marshall, Denise Nicholas, Vonetta McGee, Gordon Pinsent, Thalmus Rasulala, Emily Yancy, Lance Taylor Sr., Charles Macaulay, Ji-Tu Cumbuka, and Elisha Cook Jr. Directed by William Crain. An unrestored photo that appears virtually unused. The upper border has some smudges from the autograph that likely occurred when the photo was signed, and therefore do not affect the grade. The photo is signed by William Marshall and it comes inside a hard plastic top loader. This is a very rare, very hard autograph to find especially on a Blacula still.

William Marshall probably received the most notice for his role in the vampire film Blacula and its sequel Scream Blacula Scream. In later years, Marshall played the King of Cartoons on Pee-wee's Playhouse during the 1980s. (The character's catchphrase "Let...the cartoooon...begin!" became immensely popular.)

The autograph  is guaranteed to past any 3rd party inspection for the life of the picture. Also included with your purchase is a Certificate of Authenticity.

Night of the Living Dead Limited...

I Drink Your Blood Deluxe...

SIGNED The Seduction of Cindy...

Signed by Adam West and Burt...

SIGNED I Dream Of Jennie Color... 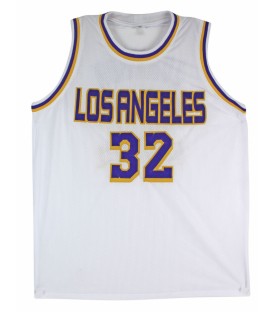